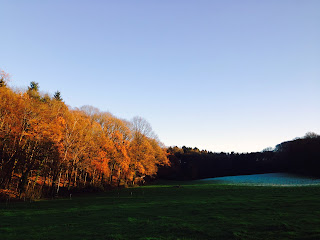 Let’s face it, Heerlen is not going to win any beauty contests. Mention the name of my adopted home town to most people in the Netherlands and you will receive a look of disdain. It’s not that many of those people will have actually been there, but to be honest, the statistics don’t do it any favours. Of the 50 largest local authorities in the country, Heerlen regularly brings up the rear in terms of social and economic indices of well-being. High unemployment, a disproportionately large ageing population and an exodus of young talent are not helping to improve its prospects. In the eighties and nineties it gained notoriety nationally for its drugs problem, not least due to its close proximity to neighbouring countries, which caused large numbers of ‘tourists’ to take advantage of the country’s liberalised drugs policies. The plain fact is, most outsiders only see the city from the motorway as they speed towards the purpose-built Woonboulevard on its outskirts with its abundance of home-furnishings outlets. The best thing about Heerlen, you will hear people say, is IKEA.

A couple of weeks ago we had one of those glorious December days when the sun struggles to lift itself above the horizon as it makes its brief passage across the midwinter skies. I found myself in between projects, so not wishing to waste such idle moments indoors, I decided to stretch my legs and enjoy some rarefied sunshine. Just fifteen minutes away by foot from my front door is Imstenraderbos, a secluded place where I can find solitude and time and space to think. This extensive deciduous woodland occupies steep hillsides overlooking the bowl of land in which Heerlen nestles. With the sun almost at right angles this afternoon, the contours and undulations of the land were accentuated. There were patches of white left on the grassland where the morning frost had been protected from the sun by the long shadows of the trees. The landscape is one characterised by ancient beeches, hedgerows and thickets, sunken tracks, pastures and old orchards. If you climb out of the forest, you are eventually rewarded with a breathtaking view of the valley and the town below. Returning home, you pass though the tiny settlement of Benzenrade, which - with its hotch-potch of half-timbered cottages, stone-built farmsteads and modern-looking residences – still retains an old village charm.
This too is Heerlen.

This is very much what the town and its surroundings must have been like 150 years ago before it was overtaken by industrialisation. In 1880, an Amsterdam-based reporter from one of the national dailies was sent down to Limburg to cover an agricultural show in Heerlen. In those days it wasn’t a particularly easy journey to make, but he was more than pleasantly surprised by what he found, writing of the bucolic idyll and its friendly people (even though their dialect may have been somewhat difficult to understand!)

This description is how Joep Dohmen, a close friend and journalist for the NRC Handelsblad, opens his recently published book on Heerlen, De Geur van Kolen. In it he traces the history of the town over the course of several generations of his own family and tells of the tumultuous times of a sleepy market town which discovered coal, suddenly became the heartbeat of Dutch industry, and - equally as suddenly - found itself blighted by the pit closures of the 1970s. 40 years on, Heerlen is still recovering and struggling to reinvent itself.

Industrialisation came late to Heerlen and almost without warning, even though the abundance of black gold under the ground was known. Around the turn of the century mining concessions were awarded, collieries opened and thousands of workers from near and far poured in to the area to take advantage of the burgeoning employment opportunities. The infrastructure to cope with the new influx was slow to follow. In the early years, inadequate housing and a disparate population helped fuel an increase in crime, drunkenness and moral decay. Between 1914 and 1938, the population of Heerlen exploded from 6,646 to 50,581, the greatest surge occurring between 1909 and 1920. This level of industrialisation led to a growing politicisation amongst the workforce, seen as a challenge by the deeply conservative, devoutly Catholic leaders who held sway in Limburg. There was an implicit understanding between the church and the mine-owners to stem the socialist tide. New housing estates, or colonies as they were known, were developed around the church, part paid for by the mines. At work, mineworkers who openly championed socialist or communist ideals received short shrift from management and were threatened with dismissal and, in turn, the loss of their home.

Nevertheless, it was against this background of industrial development that Heerlen flourished. Its civic wealth and pride was reflected in modernist buildings, such as the Glaspaleis (Glass Palace), designed by one of the Netherlands leading architects of the age, Frits Peutz. The Bauhaus construction was commissioned in 1935 for use as a department store (Schunck). It now serves as a centre for arts and culture in Heerlen and is widely recognised throughout the Netherlands as being one of the defining buildings of its era.
Successive generations of Dohmens bettered themselves too: great-grandfather Hub, the fourth in a family of seven, found work underground like many of his cohorts around the turn of the century. Thanks to good schooling, his son, Jozef - one of eight children - eventually ended up working in the offices of the Dutch state mines in Heerlen. Joep’s father, Hub (b. 1923), was destined for an academic career, but his formative years were affected by the Second World War and he later found a vocation working in a senior position for the town council.

The war years had a profound effect on Heerlen. German troops entered the town on 10 May 1940. The mines were seized and coal production siphoned off to boost the Nazi war machine. The municipality’s democratically elected council was stripped of its powers and replaced by an administration rubber-stamped by the occupying forces. The post of burgemeester during the years of occupation was held by Marcel van Grunsven, who had functioned as Heerlen’s mayor since 1926. This was unusual because most pre-war mayors in the Netherlands, either resigned or were deposed after the invasion. In De Geur van Kolen, van Grunsven is painted as a compliant burgemeester. On the one hand, Heerlen had its collaborators and Nazi-sympathisers and on the other, there were those that offered resistance, both active and passive. In any one street there may have been families offering hideaways to Jews and other oppressed minorities, whilst a few doors further along others would be openly encouraging the German war effort. What should also be remembered is that many families in the region were the product of intermarriage between Germans and Dutch, so loyalties would have been divided. The allegations against mayor van Grunsven are that he cooperated too closely with the Germans and openly mixed in social circles frequented by protagonists of the Nazi regime. One charge, for example, is that he deployed municipal workers to construct sniper holes for the Germans when the Allied forces were advancing on the town. Dohmen quotes many other examples of purported collusion, both factual and anecdotal. Nevertheless, after the war van Grunsven was given nothing more than a light rap on the knuckles and continued as mayor of Heerlen until 1961.

By the 1960s coalmining was on the wane because of cheaper imported supplies of coal and significant reserves of natural gas which had been discovered in the North Sea. In 1965 a decision was made by the government in The Hague for a gradual and coordinated closure of the mines. The last mine was closed in 1975. The government put into effect a long-term plan whereby money would be poured into the region to help cushion the effects of the closures and to bolster employment opportunities.

Between 1965 and 1990, the Dutch government ploughed more than five billion guilders into the region in an effort to stave off economic stagnation. In the immediate aftermath of the closures, there was a massive clean-up operation. (By the time I arrived in Heerlen in 1984, barring a few pitheads, which were kept as listed buildings, and landscaped slagheaps, all trace of the mining industry had been wiped out.) Whether the money for rejuvenation was used wisely and effectively is debatable. Maastricht, the capital of the province, whose associations with the coalmining industry were highly tenuous, acquired prestigious projects: its university was established in 1976; in 1984 a new international exhibition centre (MECC); and in 1991, the famous Maastricht Treaty was signed by the 12 member states of the European Community. In the meantime, Heerlen and its satellite towns, had to make do with the relocation of government agencies from The Hague, whose office jobs unemployed miners were ill-equipped to fill, and retail parks, such as the Woonboulevard to the north of the town with its flagship IKEA store. It didn’t help that in the period following the pit closures Heerlen was saddled with unimaginative city fathers who lacked vision.

In just three score years and ten – a human lifetime – the coalmines came and went leaving indelible scars behind. After 40 years of makeovers and aborted attempts to kick-start a thriving economic base, the town is still trying to find its way. In many ways Heerlen’s dilemma is its geography. On the one hand, it lies on the periphery of a country whose economic heartland lies 250 kilometres away. On the other hand, historically and culturally, it has always had close ties to the Rhineland. If no border existed, by now Heerlen would have been subsumed by Großraum Aachen. In effect, the border acts as an artificial barrier to economic development. Aachen – a short bus-ride away - has a population which exceeds that of all but the 4 major cities of the Randstad and, with its university, the RWTH, it has more students (over 40,000) than any other comparable institute in the Netherlands, and over the years it has given birth to many hi-tech, spin-off industries in the region.Yet despite being designated one of Germany’s leading centres of academic excellence, it can only manage to attract 150 (yes, just one hundred and fifty) students a year from the Netherlands: every year, the brightest school-leavers in Heerlen and the region are encouraged en masse to follow university courses hundreds of miles away in places like Delft, Amsterdam and Utrecht.

For those who are quick to turn their noses up at Heerlen, perhaps I can reassure them from personal experience that life here is really not that bad at all. Heerlen is surrounded by no less than three nature reserves (Imstenraderbos, Terworm and Brunssumerheide) and is on the doorstep of the Zuid-Limburgse Heuvelland, the German Eifel and the Belgian Ardennes. Maastricht, Liège and Aachen (and three distinctive linguistic cultures) are just a short car-drive away without having to worry about traffic congestion, and if I want to venture further afield, I can be on a high-speed rail link to places like Brussels, Paris, London, Cologne and Frankfurt in half an hour.
And of course, we have IKEA as well.

* the smell of coal
Read also:
Living on the edge
Der Gute Einstieg
Posted by Chapter & Verse at 23:13